skip to main | skip to sidebar

Want to help Albatross in Hawaii? Use Oxo-Degradables or Sign a Petition! 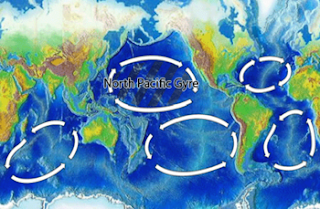 With all the recent talk about the UN Climate Change Conference in Copenhagen, we could be forgiven for thinking that climate change is the only environmental issue. Here I take a look at an environmental issue of epic proportions that has been largely ignored by the media. An unmanaged global rubbish dump twice the size of the continental United States.

The Pacific Trash Vortex is an ocean current of marine litter in the North Pacific Ocean, estimated to be up to twice the size of the continental United States. Otherwise known as the Great Pacific Garbage Patch, it consists of plastic and other debris trapped by a swirling ocean current known as the North Pacific Gyre. The patch is not visible from satellite photography as it consists mostly of very small pieces floating just beneath the surface. It was discovered after a sailing race in 1997 and began to receive media attention in 2008. Out of sight out of mind? If we could photograph it, maybe it would have been dealt with earlier. As is often the case with environmental problems, they are not obvious but complex, and take time to observe and understand.

Long lasting plastic waste is captured in surface currents that gradually move floating debris toward the centre, trapping it in the region.

Many plastics do not biodegrade but simply break up into ever smaller particles, which are eaten by jellyfish, larger fish and humans. They’re potentially toxic at all levels of the food chain. Larger plastic items such as plastic toy motorbikes and toothbrushes also find their way to the centre of the vortex, often fully intact. They are innocently eaten by wildlife, thinking they’re fish. Albatross fill their stomachs on them, leaving no room for nutritious food and starve to death. Harrowing scenes on Hawaiian beaches show Albatross skeletons with mini plastic toys between their ribs.

Clean up operations began in 2008. We can also play our part by choosing, where possible, to use plastics that degrade more quickly in the environment. Look out for ‘oxo-degradable’ plastic bags that degrade in the presence of oxygen and sunlight. They are given out by the Co-op and Tesco, and degrade in 3 years rather than about 100. Or sign a Greenpeace petition for a network of marine reserves to protect 40% of the world’s oceans: http://www.greenpeace.org/international/campaigns/oceans/pollution/trash-vortex